Defining what Soul food is can be tricky ... and Neo Soul food even more so. I loosely define it as the food of Black Americans prepared in nontraditional ways. It is largely influenced by Southern cuisine, but not exclusive to that region. For example, I'm biracial and my Black family's roots in Rhode Island extend back to the 1700s … directly from Africa. I would say that clam chowder is our family's soul food, not something more classically "Soul Food popular" popular like gumbo. I'm told my grandfather made fried green tomatoes (a Southern tradition, not to mention that frying is an African cooking method, not European) and was a locally famous barbecue pit master in his town of North Kingstown, Rhode Island. My grandfather working the pit at the annual Saunderstown Barbecue in North Kingstown, RI, circa 1963. Me and my biological dad in North Kingstown, RI, circa 2001.

You might think “Why not just call it Soul food?” Well, I never learned how to make traditional Soul Food. I don’t make a roux for my Vegan Gumbo, I don’t make Mac and Cheese the “Soul Food way” (i.e. baked as a casserole), I usually sauté my collard greens and cook them only until they’re bright green and tender, and I use sweet potatoes for sandwiches instead of pie.  Also, I do lots of cultural fusion concepts like Jerk Barbecue Chickpea Tacos, Tabouli-style Blackeyed Pea Salad, and my take on cornbread fuses with a recipe from my family’s Native American tribe by using berry preserves and maple syrup.

Also, newer ways of cooking allows us to cook healthier meals. Traditionally, much soul food was not always the healthiest for our bodies. Now, using smoked turkey instead of a ham hock is quite common, or omitting meat altogether has been a direct result of Black vegan movement. I really enjoy the culinary challenge of not using meat while still delivering exciting flavors with plant-based ingredients ... which is what you will find in many (but not all) of my Neo Soul recipes.

There’s a first time for everything

I’m a firm believer in the concept that there’s a first time for everything. For myself, I actually didn't grow up making Soul food. I was adopted and found my biological family in my early 20s, so my first time making or eating Soul food happened much later in life. Because of this, I had a non-traditional approach when it came time for me to make things. My first time learning about plantains was from Nigerian, Black American/Haitian, and Colombian friends in college and my immediate idea was to bake them. They all looked at me like I was crazy and said, “They’re just plantains, you better heat up some oil!” Being stubborn, I still baked them. While plantains were not new, they were certainly new to ME and that’s what I did with them. Now, twenty years later I found myself kinda baking plantains in my air fryer (aka. convection oven) a couple weeks ago while testing a recipe concept.

Neo Soul food is based on a historical context. As I explore more food of the African diaspora and do extensive research into my own genealogy, I learn about countless ingredients that either came to Black Americans in a variety of ways. These could be ingredients historically grown by us, passed down from slavery, popularized by us, or simply ingredients learned about from the modern ability to watch what different Black home cooks do in kitchens across the world. Knowledge and access to so many ingredients combined with different approaches of cooking sets the stage for countless variations in what Soul food can be nowadays. Making clam chowder with my bio-dad, circa 2003. 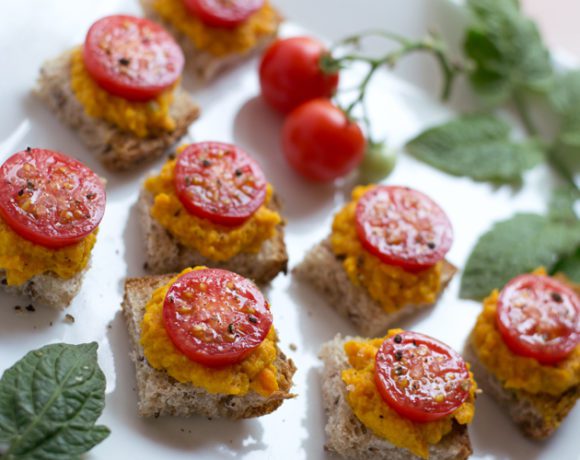 What made this 4-minute poached egg salad bowl soo

Here’s a quick demo of how I revive wilted lettu

A loaded, veggie-packed plant based salad was my o

A simple goat cheese frittata went down with artic

So excited to harvest a little homegrown lettuce t

Simple and easy cooking is what ya need mid-week w

Just a quick demo of how you remove pits from oil

Was feeling Italian-inspired 🇮🇹 and meatless

Have always been curious about harissa chicken, an

Here's my solution for when ya serve a frittata an

Growing season is on and poppin’ and here’s on

Bowls of green food is my current mood for spring,

My rule is … if something can lay flat I will pu

Here's some #bakingtips on making focaccia the old

If you’re also a cold noodle lover and like spic

When ya accidentally buy @hellmannsmayonnaise #veg